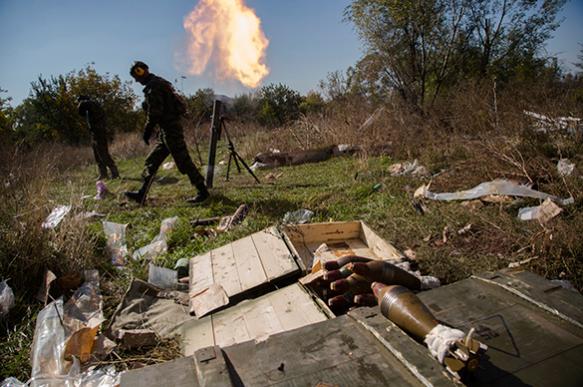 Russian President Vladimir Putin conducted a telephone conversation with the German Chancellor Angela Merkel, French President Francois Hollande and Ukrainian President Petro Poroshenko. Leaders of the Normandy format countries decided to deploy an armed police mission in the Donbass. Such a viewpoint was expressed by the Ukrainian presidents' press service.

However, the Kremlin and the Élysée Palace did not make such statements. The Ukrainian president also noted aggravation of the situation near the Donbass and claimed that it hampers peaceful settlement of the conflict. According to the press service of the Ukrainian president, the participants of the telephone conversation agreed that one needs strong de-escalation and complete cease-fire for continuation of the political dialogue. The need to fully implement the Minsk agreements, including establishment of a secure environment to hold local elections in the Donbass was also noted during the conversation.