Vladimir Putin claimed that Russia is ready to have a dialogue with the EU on a vast range of issues, but there is no reciprocal readiness of Europe. 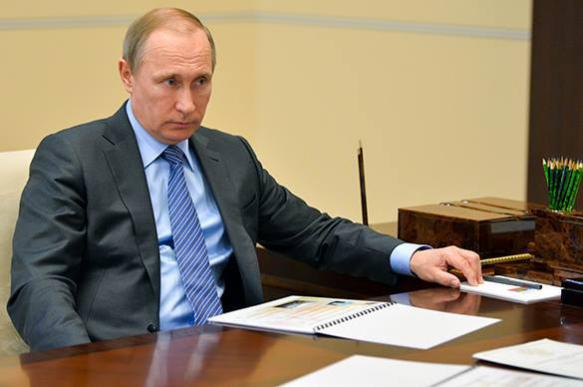 "Russia proceeds from the necessity to build-up an equal, real partner dialogue with the EU on the most extensive range of issues: from visa liberalization to a set up of an energy alliance. However we have seen no reciprocal readiness of the European colleagues so far to follow such a mutually beneficial and promising way," the Russian leader pointed out.

As Pravda.Ru reported, President of the European Council Donald Tusk claimed that the EU did not intend to lift sanctions imposed on the Russian Federation. He also noted that anti-Russian sanctions will operate until Russia implements the Minsk agreements.

"The EU will continue its current policy towards the Russian Federation, including economic sanctions. Such a stance of the EU requires full implementation of the Minsk Protocol," Tusk stated. Beside that, President of the European Council noted that decision on extension of anti-Russian sanctions will be made in two or three weeks.