Clinton guilty of US Ambassador death

Special committee of the US Congress House of Representatives made a sensational report on events in Benghazi in 2012. As it turned out, the US authorities undertook no adequate measures in connection with the attack against the CIA base in the Libyan city of Benghazi, which had a status of diplomatic mission. 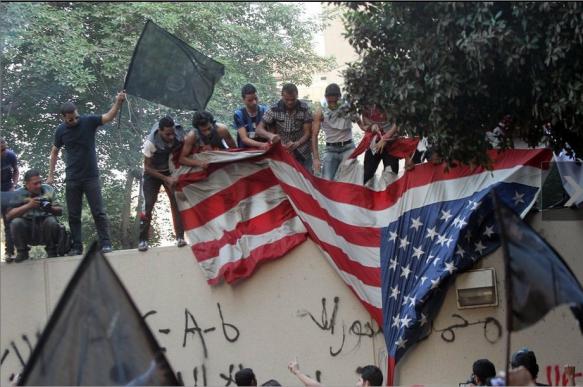 Chairman of the committee Trey Gowdy claimed that the US authorities took no actions even after 8 hours of the Islamic radicals' attack against the American facility on 11 September. Despite strong criticism of the American administration, the report contains no shots at Hillary Clinton, who was a State Secretary at the time.

The attack killed 4 US citizens including an Ambassador in Tripoli Christopher Stevens, who criticized Obama's Administration policy and Hillary Clinton's in particular in the Middle East. The Ambassador condemned the US strategy of state terrorism, supported by organized criminal groups, which the State Department called either 'freedom fighters' or 'terrorists' depending on political situation.

No evidence of Al-Qaeda or any other international terror group involvement in attack against the US consulate was found.