An attempt to carry out a coup d'etat was made in Turkey overnight into July 16. The Turkish army General Staff declared seizure of power in the country. Political authorities were detained. Tanks appeared on the Turkish cities' streets. 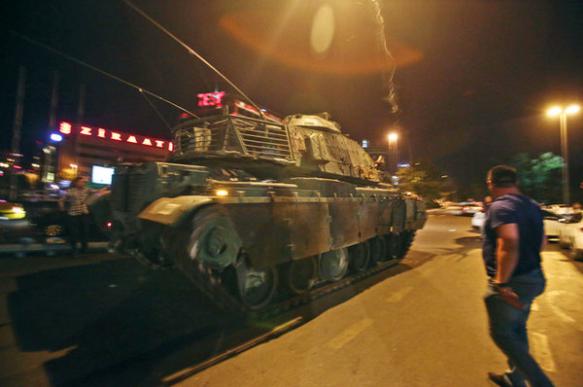 Shots were heard in Ankara. Witnesses reported about combat aircraft and helicopters above the city. Traffic across both bridges, spanning the Bosphorus strait and connecting European and Asian parts of the country's largest city Istanbul, was blocked.

The military coup attempt was totally suppressed by Saturday midday, however, the next day armed clashes between its participants and country's authorities took place near the international airport of Istanbul, as well as in the airbase of the city of Konya.

State of emergency was imposed in Turkey once again on 18 July. The Police Chief is ordered to down helicopters being in the air without a corresponding permission. Streets are being patrolled.

In total 265 people were killed during attempt to carry out a coup d'etat in Turkey.