US and South Korean drills: DPRK ready to nuke

The US and South Korea have started joint Ulji Freedom Guardian drills, which are to last till September. The North Korean authorities suspect that real aims of the exercises are to carry out an unexpected strike against the Republic and seize its territory. 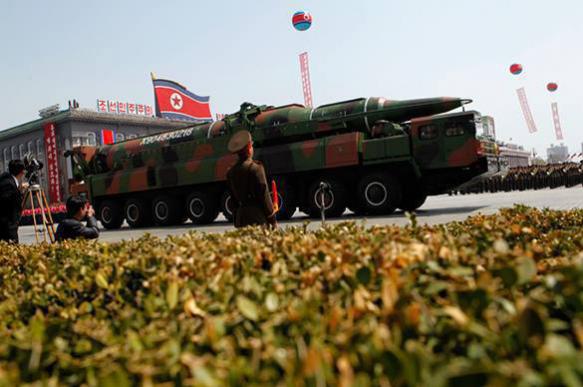 In this regard the Democratic People's Republic of Korea threatened to launch a pre-emptive nuclear strike, in case slightest signs of aggression are noticed. As the General Staff claimed, North Korea is ready to turn the stronghold of provocateurs into flames. It was also noted that the situation on the Korean peninsula is so tense, that a nuclear war may be waged any moment.

South Korea believes in its turn that the North one may go the length of provocations by itself. The Seoul authorities connect it with escape of some North Korean diplomats to South Korea from London and Moscow as well. Given tense situation on the peninsula, the authorities of South Korea call on the citizens to be on alert because of possible provocations and cooperate with the government if needed.

Before that, North Korea had threatened the US with a nuclear strike. The statement was made after the Americans had deployed their bombers at the Guam base.