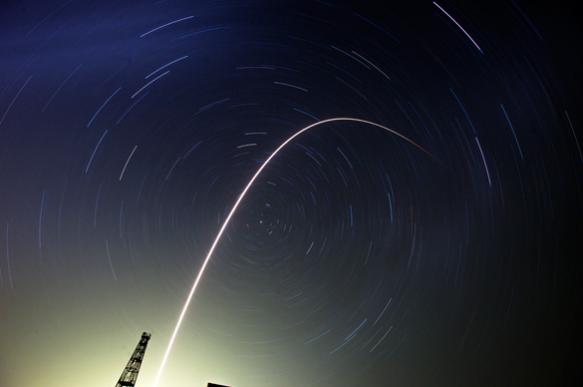 Russia completes testing of stratospheric weapons for long-range bombers, which are capable of striking targets at a distance of up to 1,000 kilometers. Soon the Russian long-range supersonic missile-bombers Tu-22M3 with variable-sweep wing, (NATO reporting name is Backfire) will be equipped with the X-32 cruise missiles. They will be nearly invulnerable to enemy's air defense and interceptors.

After launch, the X-32 will be able to gain altitude of up to 40 kilometers and reach the stratosphere before swooping down at a steep angle to strike the target.

As representative of the Russian military industrial complex reported, the tests are about to be finished, while the missile itself is complete. The state-of-the-art cruise missile has high precision guidance independent of GLONASS coordinates. It is assumed that the new missile will be able to hit targets at a distance of up to 1,000 km, but its own speed will be no less than 5,000 km/h. The cruise missile X-32 is designed to eliminate hostile vessels, radar stations and other radiocontrast facilities, which expose bombers on radars.