Turkey invades Syria. To destroy whom? 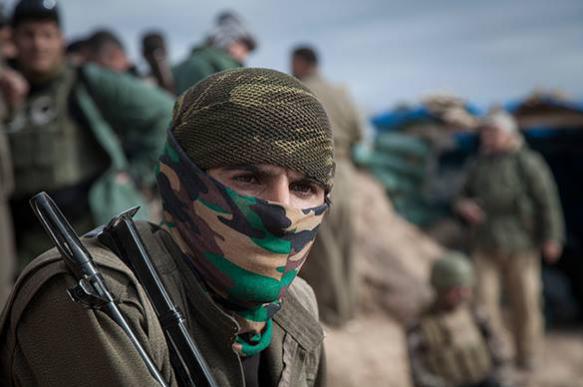 The Turkish army has started liberating the city of Jarabulus on the north of Syria with air support of the international coalition. Turkey's Armed Forces carried out at least 224 strikes against 63 targets of the ISIS fighters. The Turkish artillery started operation at 4 a.m. local time.

At the moment armored units of the Turkish army are concentrated in the area of the Syrian city of Jarabulus. Turkey currently uses tanks, artillery and aviation to attack the positions of terrorists. As the Anadolu agency reported, 'operation in Jarabulus is aimed at cleaning the Turkish borders from terror groups and support of the Syrian territorial integrity'.

The country's authorities stated that they intend to reduce migrants' flow and provide population with humanitarian aid due to this military operation. Before that, Turkey had officially informed Russia on the operation in the north of Syria. As Pravda.Ru reported, Jarabulus had been seized by terrorists in 2013.