Ukraine is going to arrest Putin and Medvedev

Office of the Prosecutor General of Ukraine claimed about its intention to arrest the President of Russia Vladimir Putin and the PM Dmitriy Medvedev. Yuriy Lutsenko, the Prosecutir Genaral said that he's working upon the matter. 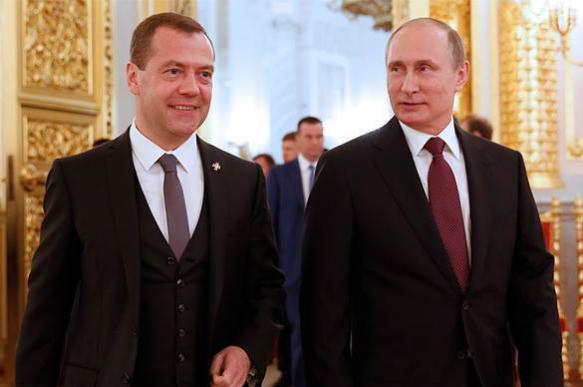 As Pravda.Ru reported, last week the Ukrainian Office of the Prosecutor General published a list of the Russian top officials, who are suspected of committing crimes against national security of Ukraine. Apart from Sergey Shoygu, two of his deputies, ten generals, adviser to the Russian president Sergey Glazyev and former Plenipotentiary Representative of the President in the Crimean Federal District Oleg Belaventsev turned out to be on the list. Yesterday, the Kiev regional court issued an order to detain the Russian Minister of Defence Sergey Shoygu.

It should be noted that according to the international law, a president has absolute diplomatic immunity and can't be tried, but for by the Criminal Court in the Hague. Thus, an attempt to detain and arrest a president of another country given decision of some local court, automatically means declaration of war.