Russia has deployed its Antonov An-22 "Antei" transport aircraft from the air base Tolmachevo in the Novosibirsk region to Kyrgyzstan. Units of the Central Military District will take part in the Peaceful Mission 2016 anti-terror drills of the Shanghai Cooperation Organization (SCO) member-states. 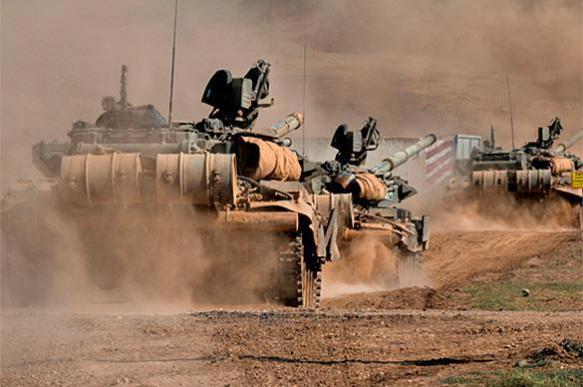 The Russian military men have been given the red carpet treatment on arrival at one of the military units in Kyrgyzstan. 'The Russians arrived in the Republic with their combat equipment, in the nearest two days contingents from Kazakhstan, China and Tajikistan are also expected to come,' representative of the Kyrgyz General Staff claimed. 'Units of Kazakhstan, China, Kyrgyzstan, Russia and Tajikistan will hold a joint anti-terror operation in the mountainous area,' as they stated in the Russian Central Military District.