EU creates its own 'army of milksops'

Brussels discusses creation of a European army, which will provide home and foreign security of the EU. According to a source in the European Commission, proposals which are contained in a joint document of the French and German Defence Ministers are being considered, as well as creation of a united army. 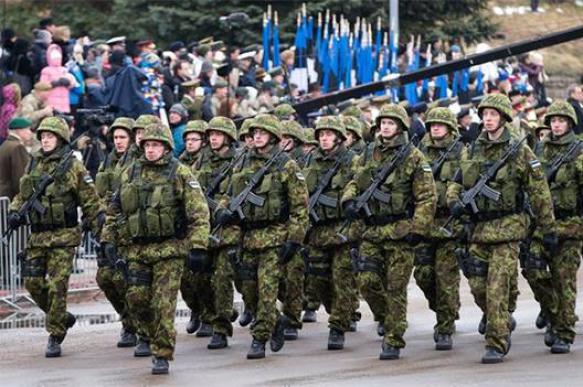 In case the initiative is approved, the European military block may appear by 2018. Experts note that 'priorities and threats should be defined by 2018, as well as agreements should be reached on which acts may be undertaken and what may be regarded as permissible to use military force. No less important is funding of operations and missions'.

According to the EU plans, it's necessary to defend the Schengen Area within the European defence union. Thus, a new command centre is to be created, which would secure operation of the military units, that is medical treatment, logistics, and joint use of military assets.

The Eurocorps may be used, that carry out humanitarian and peacekeeping missions today, as well as participate in international military operations in cooperation with the European missions and the NATO. The Eurocorps is a military structure, subordinated to a so-called Common Committee, which comprises representatives of the Foreign and Defence Ministries of 5 countries: Germany, France, Belgium, Luxembourg, and Spain. These countries are the core, while the other 5 (Italy, Greece, Poland, Romania and Turkey) are associated nations, which do not have power to take decisions. However, all the members take part both in international European missions and missions which are carried out within the NATO. At the moment soldiers of the Eurocorps are based in the CAR, unrecognized Republic of Kosovo and Afghanistan.