The US presidential candidate from the Republican party Donald Trump claimed that Russia had broken cooperation agreements which had been reached with the US on the Syrian problem. "Russia broke the deal, and now they're shooting, they're bombing, something like that," he said while speaking in Arizona. He also pointed out that "It should end and it should end fast." 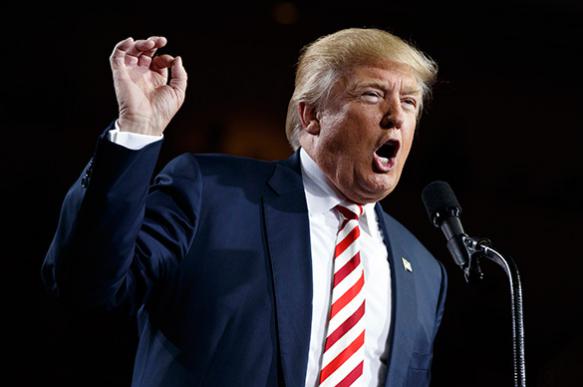 Namely the US State Department announced Monday about shutdown of bilateral contacts with Russia on Syria. Russia expressed its regret at it.

Before that Trump stated that he had no objection to Russia's acts against terrorists in Syria, it was actively used against him by his adversaries within the presidential race.

A number of tough statements towards Moscow have also been made by Mike Pence, who is in tow with Donald Trump. As Pence said about latest events in Syria, 'the provocations by Russia need to be met with American strength'. Republican vice presidential candidate claimed in particular that it's necessary to deploy the US air defence in Poland and the Czech Republic, which has been always opposed by Moscow.