Nikolay Pankov, the Russian Deputy Minister of Defence, claimed that Russia would create a permanent naval base in the Syrian city of Tartus. It will lead to reinforcement of the Russian military potential not only in Syria, but the whole of the Middle East and the Mediterranean region. Documents are ready and undergo interministerial approval. The Defence Ministry plans to hand over the deal on creation of a naval base in Syria to the Federation Council for ratification. As Franz Klintsevich, First Deputy Chairman of the Defence Committee said, the upper chamber of the parliament is ready to ratify the agreement as soon as possible. For the moment, a Russian naval facility is operating in Tartus, which was provided to Russia by Syria in 1977. Tartus is the only pivot of the Russian Navy in the Mediterranean and it completely fulfills its tasks.
As Pravda.Ru reported, on 7 October General of the Army Nikolay Pankov, the Russian Deputy Minister of Defence, stated that the Ministry considers return to oversea bases of the Soviet times. He also added that the Defence Ministry was working on return of bases in Vietnam and Cuba. 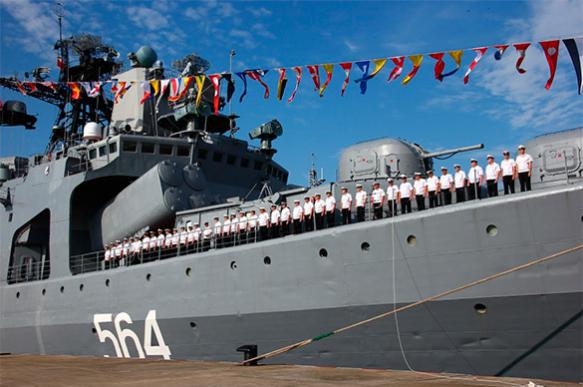