US strikes Yemen in revenge for Navy’s shelling

The US military has shelled a radar system in Yemen in response to shelling of the US destroyer in the Red Sea. The US ship Mason has been a target of two missile strikes at a time for the latest days. However, the missiles fell into the sea not reaching the ship. According to the Pentagon, two missiles fell near the Mason destroyer and the Ponce vessel which escorted it from the territory controlled by Houthis. Warship, which has been on alert in the northern part of the Bab-el-Mandeb Strait, also carried out some salvos from defencive weapons. Both US ships were not damaged, the crew was not injured either. However, the Pentagon authorities decided to respond in a proper manner.
Before that, the Iranian military intercepted the US Nitze missile destroyer in the Strait of Hormuz. At the time the military of Iran approached the destroyer at a distance less than 275m, despite warnings from the American military. 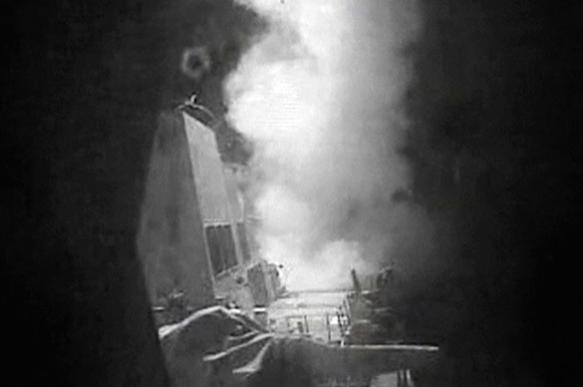