In Iraq an ISIS terrorist detonated an explosive belt on the way a military convoy was moving. No less than 70 people died. The ISIS fighter destructed himself when the Iraqi army was taking up positions to storm Mosul. As the local Firat reported, the suicide bombers carried out explosion the moment Iraqi soldiers started offensive near the village of Bilavet to the east of Mosul. 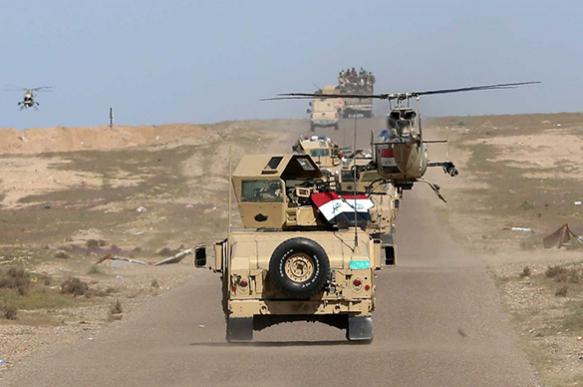 The Pentagon claimed before that there were from 3,000 to 5,000 Islamic State terrorists near Mosul. In mid-2014 the terror group seized Mosul and proclaimed it its capital, imposing strict Shariah law and carrying out executions of those who didn't agree with their policy.

On 16 October the Iraqi Air Forces started dropping leaflets from the aircraft warning residents of the city about the coming storm. While aircraft of the opposition headed by the US started bombing positions of fighters. 25,000 Iraqi military along with about 5,000 Kurdish rebels have been involved in the attack.