One man died and more than forty got injured as a result of a shelling of the Aleppo's Western part by fighters. The Al-Mayadeen satellite TV channel reported, that extremists applied projectiles rigged with chemical agents. The region of Al-Hamdaniya was struck. A military academy which is under control of the government forces is situated there. Both civilians and military men got poisoned. Later, Zahir al-Hajw, head of the Aleppo province forensic medicine, noted that symptoms of those injured evidence the use of chlorine. '41 people were delivered to hospitals after the attack. Among the symptoms are watery eyes, frothing at the mouth, vomit, nausea. There are mild and moderate severity categories. For the moment no one has been discharged from the hospital,' he said. 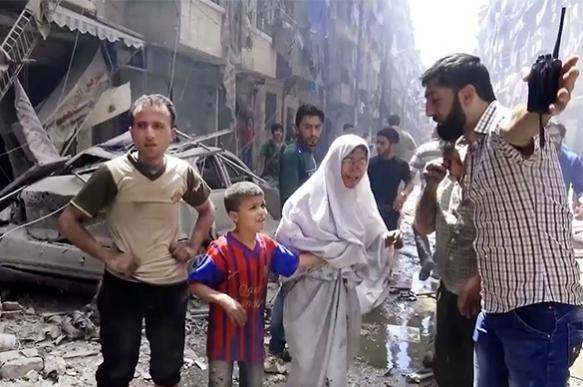 The UN Envoy to Syria Staffan de Mistura had already expressed his indignation at the acts of the so-called opposition. According to him, "credible reports... indicate that scores of civilians in west Aleppo have been killed, including several children, and hundreds wounded due to relentless and indiscriminate attacks from armed opposition groups".