In Aleppo fighters distribute leaflets, where they demand civilians to pay 150,000 Syrian pounds or 300 dollars for exit from the city through humanitarian corridors. 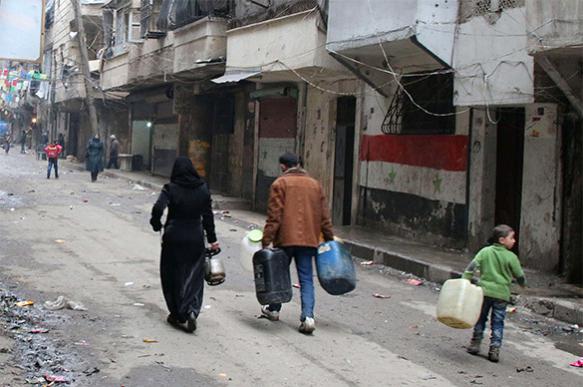 As they stated, 'Our leadership realizes the level of suffering endured by the city's peaceful civilians because of the bombardments and the blockade of Aleppo neighborhoods by the Syrian army. After consultation with our brothers, we will let the residents aged under 14 and older than 55 out of the city if each of them pays 150,000 Syrian pounds for an opportunity to leave in order to support our brothers fighting on the fronts'.

The demands are signed by the 'Supreme Military Council of Jaish al-Fateh'.