FBI Plan B fails: Clinton to be next president

The FBI Director James Comey notified the US Congressmen that presidential nominee from the Democratic Party Hillary Clinton would not be prosecuted because of revelations connected with her e-mail. As Jason Chaffetz, chairman of the US House Committee on Oversight and Government Reform, reported, 'FBI Dir just informed us 'Based on our review, we have not changed our conclusions that we expressed in July with respect to Sec Clinton'. 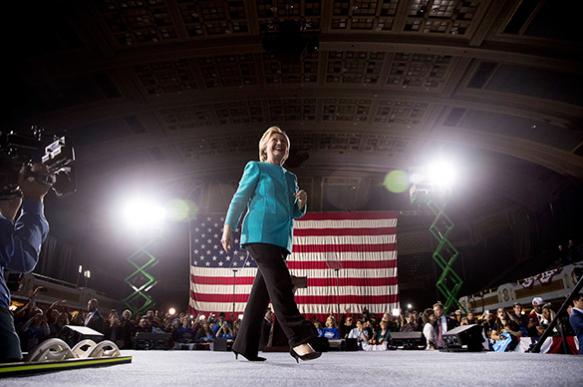 As Pravda.Ru reported, in late October the FBI Director James Comey announced that there were detected new e-mails of Clinton, which required additional investigations. The investigation got 'very high priority' level, and the FBI said that they had managed to gather a lot of evidence. Experts believe it indicates that Hillary Clinton will be the next president. It should be noted that corresponding is not the only trespass of Clinton. The US authorities always denied that monarchies of the Persian Gulf funded Jihadists, asserting that support came from rich donors of those countries. As it is evidenced in the e-mails of a member of the Clinton's campaign John Podesta, they lied. Moreover, it was found out that the US presidential candidate had created a weapons mafia for personal profit.