More than 129,000 Americans have already signed petition on the website of the White House, demanding to meet in emergency session to deprive George Soros of possibility to influence presidential elections. 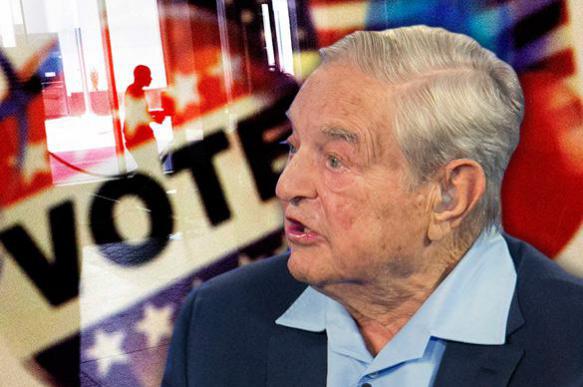 Information that Lord Malloch-Brown, Director General of a company which produces election technology and voting machine, has close partnership relations with global fraudster and speculator George Soros, occurred in the US media in mid-October. And it was the last straw for the Americans.

It's also confirmed implicitly by the fact that Soros himself has stood for Hillary Clinton many times. A famous financier of colour revolutions makes everything possible not to let Donald Trump come to power, as the latter has claimed several times that in case he won, he would cease policy of 'implanting democracy' in other countries.

Taking into account sorrowful experience of the Soros' structures in the post-Soviet countries as well as those in the Central and Eastern Europe, these relations really allow to seriously suspect the financier and sponsor of colour revolutions of attempts to influence unbiased will of the American citizens.

There has been no reaction to the petition so far, however Administration of the US president has been caught several times in deleting 'unwanted' petitions and signatures.