US and Ukraine refuse to condemn Nazism

The UN General Assembly has adopted resolution on necessity to combat glorification of Nazism, modern forms of racism, discrimination and xenophobia with the majority of votes. Only tree countries stood against the document, among which turned out to be Ukraine, the US and Palau. The resolution Russia prepared along with 54 other countries was backed by 131 states. 48 abstained. Among which were the EU member-states. Representatives of the US delegation explained their refusal to support the document with the fact that Moscow might use the resolution for aggression towards its neighbours. They also noted that the resolution allegedly restricts fundamental principles of freedom of expression. 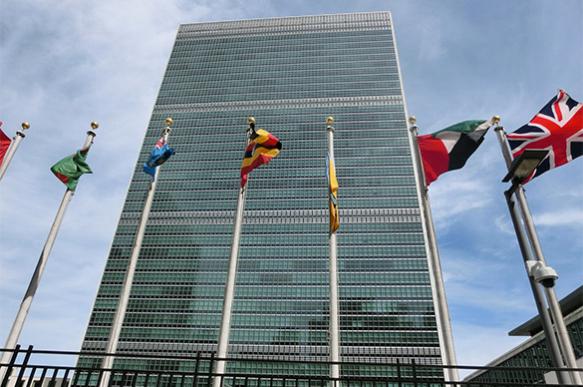 In fact, the resolution expresses concern over the fact that a range of countries glorify the Nazi movement and honour former SS members, while monuments to those who fought against fascism are pulled down or desecrated. The document also calls on the states to adopt corresponding legislative measures which would ban rejection of crimes against humanity and military crimes during the WWII.

The US' stance is of no surprise. As it is known, a lot of former Nazi criminals have taken refuge namely in this country. The US Department of Justice has been reaching deals with Nazis residing in the country for decades, according to which they obliged to leave the US and refuse the American citizenship in return for a promise that they would not be deprived of the US pension. Some of them now live in Europe and still get the US social allowances.