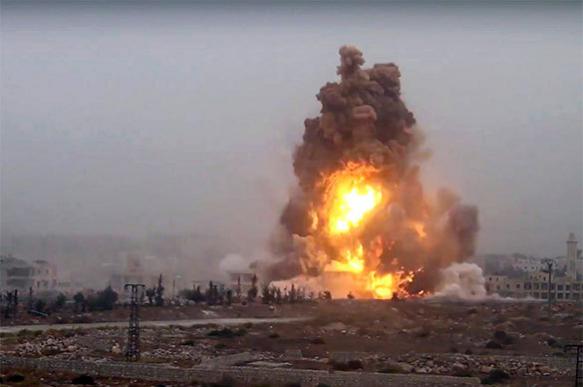 Acting US Administration is still trying to reach an agreement with Russia, given which siege of Aleppo would be stopped in return for division of the Syrian opposition and terror groups. As the Washington Post reported, with a reference to representatives in the State Department, namely John Kerry, the Secretary of State, is dealing with it. He keeps making every effort to reach a deal with Russia on the Syrian Aleppo, despite his soon stepping down.

Kerry realizes that Trump may reach quite another type of agreement with Moscow, he may go the length of a deal which would leave the Syrian opposition to the mercy of fate and would place Washington squarely on the side of the president Bashar al-Assad.

Among those efforts aimed at prompt achievement of an agreement with Russia on Syria phone talks between Kerry and his Russian colleague Sergey Lavrov are named, as they were carried out 2 times a week. Beside that, he has had negotiations on the issue with the US allies in Abu Dhabi this month and calls to engage Saudi Arabia, Qatar, Turkey and even Iran in negotiations.

It seems the agreement Kerry wants to work out is a stripped-down option of agreements with Russia on ceasefire in Syria which had been reached in Geneva overnight into 10 September.

Meanwhile, the Syrian government troops have significantly advanced for the last two days towards eastern areas of Aleppo. 10 neighbourhoods and over 3,000 buildings have been liberated from Jabhat al-Nusra and other terrorists. More than 3,000 peaceful residents have been withdrawn from combat areas.