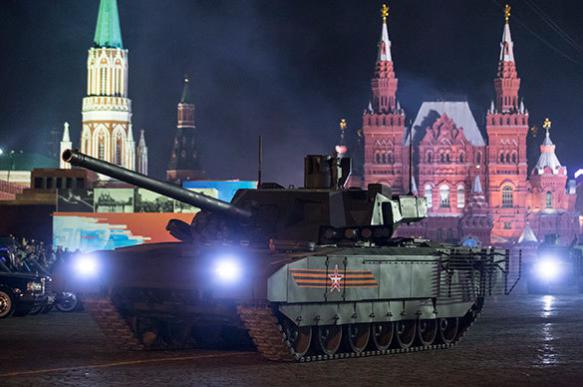 The Sunday Telegraph has revealed a secret document of the British Ministry of Defence. Each line is saturated with horror of the T-14 tank. It is doubted whether anyone will manage to design a model within the nearest 20 years which could compete with the Armata, as it is evidently cannot be stopped.

Advantages of the Russian tank are listed in the document. For example, Armata's crew is no longer in the turret, it consists of two people only placed in a special armoured capsule in the hull. As they say, it cannot be destroyed. Beside that, the Armata is significantly faster and lighter. Thus, it is called to be a 'revolutionary tank'.

The author is also concerned how the West could fall behind Russia that much. He believes the Western countries, which have had to fight against badly armed rebels lately, started moving in wrong direction under this influence. They paid main attention to defence from improvised explosive devices and neglected such an important aspect as classical tank battle. Upgrading its tanks which were designed during the Cold War, the West didn't think it could face an equal or superior adversary.