Activity of the US Democratic Party is being currently checked by the FBI. The reason is unstoppable threats to electors. Beside that, the FBI is trying to find out who funds incessant protests in the country against the Republicans. That is what Austin Bay writes at the Observer. 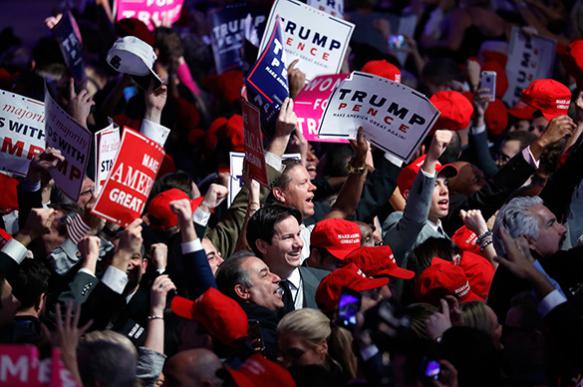 Trump haters do not stop at simple threats, the author assures and reminds of recent detention of the members of the Red Guards of Austin group, who were beating adherents of the President-elect Donald Trump. And such a 'political terror' will be continued, Austin is sure. Vandalism, trash of shop windows and attacks against 'unwanted' remind of infamous Nazi Crystal Night. The main goals of these criminals are intimidation of people and strengthening of the mainstream media, the observer believes.

Pressure on electors has reached unprecedented scale. 'I have been inundated with death threats, death wishes, generally angry messages trying to get me to change my vote to Hillary Clinton,' an elector from Michigan is cited. According to the journalist, numerous threats should be thoroughly investigated. In other case, the situation may get out of control.