US 6th Fleet getting ready to block Crimea?

The US may increase time of its ships' patrolling in the Black Sea up to 4 months. Beside that, in case challenges in this region seem to be serious to the Americans, they may build-up their quantity too, Vice Admiral James Foggo, Commander of the US 6th Fleet, claimed. 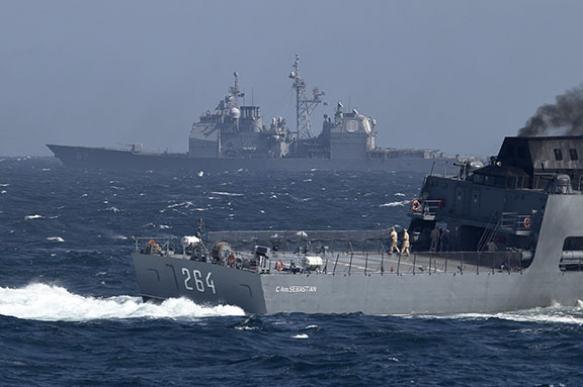 However, given the Montreux Convention, the US ships cannot stay within waters of the Black Sea more than 21 days. Strict regulations were adopted in 1936.

As it turns out, the Pentagon representative openly warns that international rules may not be given a damn. Nonetheless, no country, and what is more a general can make changes unilaterally.

Defence ministers of the NATO member countries discussed the build-up of their presence in the region in Brussels late July. While the NATO's spokesperson Dylan White claimed that the Alliance ended up its anti-pirate operation in the Indian Ocean and would focus all of its naval resources on countering illegal migration in the Mediterranean and suppression of Russia in the Baltic and Black Seas.

As Pravda.Ru reported, the Black sea fleet immediately draws a bead on all of the US ships entering the Black Sea along with the Bal and Bastion complexes.