IS fighters definitely ousted from Aleppo 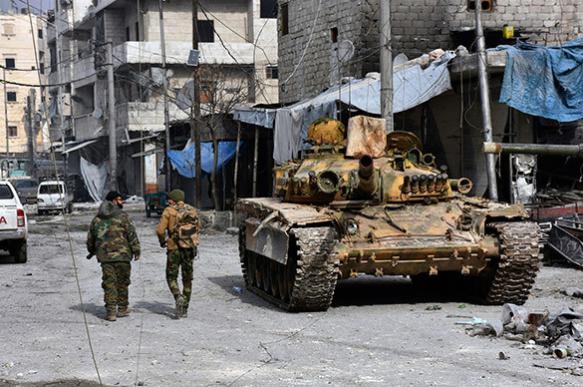 The Syrian military have driven the IS fighters from their last stronghold in the Firdous district of the East Aleppo and established total control over that part of the city. Before that it was reported that the Syrian army liberated five more districts in the East Aleppo. Thus, the military control more than 98% of the territory.

One of the terrorists' leaders tried to flee the city under the guise of a refugee. He was detained by the Syrian military. As it turned out that was a leader of the Jabhat al-Shamiyah group Yousef Fahad Dib.

Hundreds of the Aleppo residents have taken to the streets to salute the military. People congratulated each other on the victory, chanted mottoes in support of the government troops and the Syrian President Bashar al-Assad. All in all, 3,500 residents were evacuated. People escaped via humanitarian corridors Bab al-Nairab, Al Aziza and the Kadi Askar square. They were delivered to centres for temporary accommodation of the civilians and were provided with medical care.