The Syrian army has established total control over the whole territory of the city of Aleppo, Russia's Permanent Representative to the UN Vitaliy Churkin claimed. Now, according to him, a stage of practical humanitarian acts is to take place, and there are no questions of ceasefire or other operations.
Before that, Churkin along with representatives of the Syrian army reported that an agreement on ceasefire in Aleppo had been reached. According to the Defence Ministry, 728 rebels have laid down their arms for the last day and moved to the Western part of Aleppo. Almost 13,500 peaceful residents have left regions controlled by fighters for the latest 24 hours.
As it occurred before, Russia and Turkey made a deal on evacuation of peaceful residents and armed opposition from eastern Aleppo. The agreement, which was reached by the Turkish intelligence and Russian military, included ceasefire in the territory of Aleppo which came into force overnight. 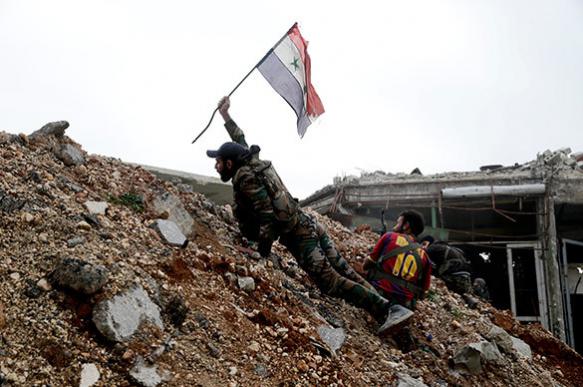