IS threatens US with terror acts at Christmas holiday

Fighters of the Islamic State terror group have called on their adherents to carry out attacks in the US. Moreover, a list of potential targets and thousands of addresses was made up. The message was published in a group in a popular messenger. It is said that the group hopes that 'lone wolves' will be able to turn 'Christian Christmas into a bloody horror film'. It is noted, that the list of targets includes churches and public places - markets and cafes. 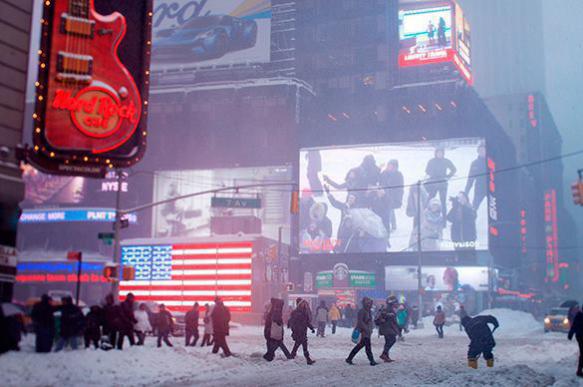 The FBI along with the Department of Homeland Security and New York police have warned the citizens about a threat of terror acts on the Times Square during Christmas holidays. Special services do not rule out that an attack under the scenario of those carried out in Nice and Berlin with the use of trucks is being prepared.

However, the US law-enforcement bodies also remind of possible attacks of lone extremists, who orchestrate mass murders as it was in Orlando and San Bernardino, not being a part of any terror groups.