NATO to mine Europe

The US military decided to resume use of the Volcano mine dispenser system, which has not been used since the end of the Cold War. As the Pentagon reported, Volcano may become an important suppression tool for a potential adversary. It will be restored to fully mission capable status in 2018.
Contingent of the US troops in Europe will be one of the key users. Volcano is a project of the Cold War, when military strategists were thinking of a tank breakthrough. The main task of this system is prompt mining of the territory at critical directions of tank approach in order to slow down their advance and to allow own anti-tank units time for deployment.
As Maj. Thomas Campbell, spokesman of the US Army Training and Doctrine Command (TRADOC), claimed, Volcanoes will not be used just to create obstacles for advancing troops, but to guide the enemy into certain terrain, where aviation and artillery will be able to strike them. Beside that, starting in 2018 the US Army plans to field the Spider 1A system, which represents a next stage of munition development - a net of remote controlled smart mines. 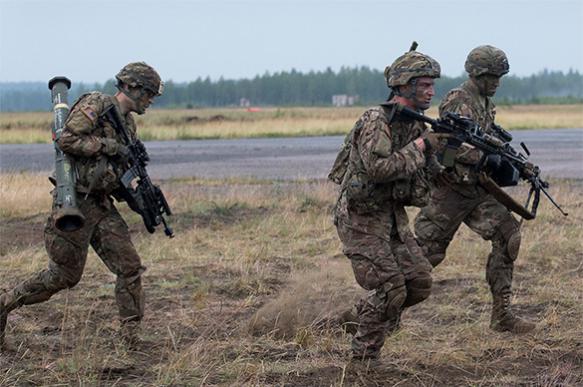