In Aleppo fighters have left stores with great quantity of weapons, significant part of which was made in the US. Weapons could have been supplied under the guise of humanitarian aid as well.
As a high-level source in the Syrian security bodies revealed, 'stores with weapons worth millions of dollars were detected. The majority is made in the US. However, it was no surprise, as Damascus has pointed several times at supplies for terrorists in Aleppo named as moderate opposition from the Turkish territory, which were funded by a range of Arab monarchies of the Persian Gulf. Beside that, some weapons were stolen from stores of the Syrian army'.
Before that, it became known that fighters of the Jabhat al-Nusra group obtained anti-tank TOW missiles directly from the US, as one of the commanders of the terror group told the German journalist Jurgen Todenhofer.
The British BBC Channel also reported, that the IS group in Iraq had intercepted weapons the Western countries supplied to 'moderate opposition' in Syria many times.
According to serial numbers, significant part of the detected weapons was legally purchased by the US and Saudi Arabian governments from East European plants. 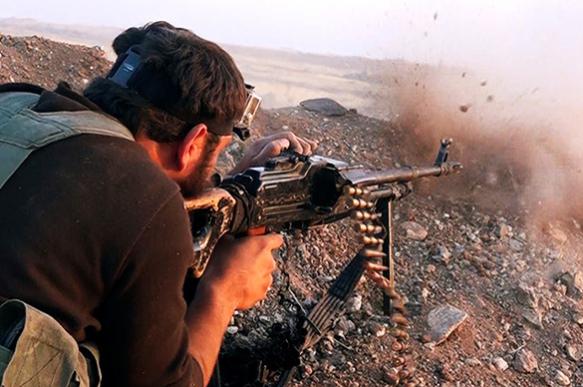