The Cold War has come back to Northern Germany along with the US tanks. Almost everything is as before: last week more than 4,000 soldiers from the US disembarked in Germany along with over 2,000 weapon units to 'defend Europe from Russia'.
However, Germans fear that the Pentagon may provoke a world war with its acts. As Herbert Behrens, Member of the Bundestag, claimed, 'a war is being prepared here'. According to the Süddeutsche Zeitung material, written by Peter Burghardt, a tank brigade of the US Army has been moving across the German lands by trucks and railway for over a week so far, approaching Poland and the Baltic States. The Atlantic Resolve operation is considered to be Washington's response to Crimea's return to Russia and Ukrainian conflict.
That is one of the major moves of the US army in the territory of Europe for the latest decades.
This happened before, although long ago: in 1958 the Americans dispatched their cargoes after the WWII. This time they have delivered tracked vehicles with weapons to defend NATO's eastern partners.
The US has made not only Germany happy with arrival of its military contingent. The US troops have also arrived in Norway and Poland given bilateral agreements with Washington. 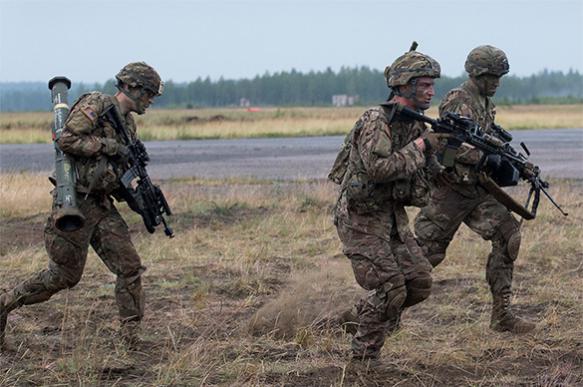