Ukraine to surrender Crimea for the sake of Donbass

The Ukrainian MP Nadiya Savchenko has claimed that the Crimea should be rejected for the sake of Donbass' return. According to her, there's no other peaceful way out for the moment. As Savchenko said to the Ukrainian 112 Ukraine TV Channel, 'however Ukrainian MPs are tearing their traditional embroidered shirts and crying that we won't surrender it... they should reject the Crimea. The Crimea is yet another Transnistria. We should reject it for the sake of Donbass not to make Donbass yet another Transnistria'.
Before that Arsen Avakov, the Ukrainian Minister of Internal Affairs, set a task for a year: to restore Donbass' sovereignty and return the Crimea. According to him, police, guardsmen, bodies of justice will deal with that, but namely border patrol will set out first. Head of the Ukrainian Ministry of Internal Affairs noted, that it's not a long-term mission, but rather a task for the nearest future. 'After a plan is made up and tasks are set, control over the state border will have to be established in two weeks,' he claimed. 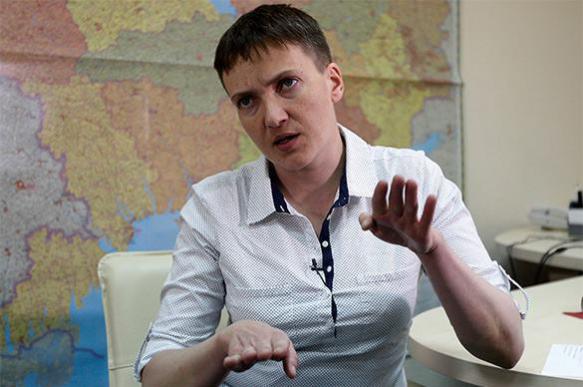