Trump to be deprived of nuclear button

The US Congressman Edward Markey and Senator Ted Lieu have proposed to prohibit the US President from launching a nuclear first strike against other countries. A corresponding bill has been already introduced. Authors believe that the problem has become utterly important after Donald Trump came into office - a person who has power to start a nuclear war any moment.
According to Markey, prohibition will be in effect until Congress makes a declaration of war.
Donald Trump used to claim that he would consider carrying out a nuclear strike against terrorists. Markey believes that in case of a 'crisis' with a country which also possesses nuclear arsenal, such policy of the president would significantly increase the risk of unintended nuclear escalation.
As Pravda.Ru reported, Donald Trump stated before that the US should greatly strengthen and expand its nuclear potential. 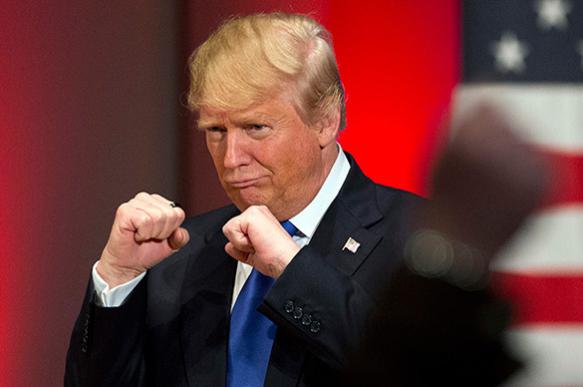