UK destroyer to rescue Ukraine or sink in Black Sea

A warship of the British Royal Navy has set for the Black Sea: the Diamond destroyer, equipped with rockets, is approaching the Ukrainian coast. There can be up to 60 marines on board. It is supposed that the ship may take part in the guard mission of 650 British military men, who participate in some 'secret drills' in Ukraine.
The Defence Secretary Michael Fallon has claimed that 'The UK is sending a clear message that we are committed to defending democracy across the world and support Ukraine's sovereignty, independence and territorial integrity'.
As the Daily Mail noted in its material named Her Majesty's Ship Putin Hunter, such an approach has been undertaken for the first time since the Cold War. This step has become the most serious one after Theresa May claimed that 'Britain and America should stand up to President Vladimir Putin', the newspaper stated.
As Pravda.Ru reported, in December Head of the Russian General Staff Valeriy Gerasimov claimed about increased activity of the NATO's naval forces in the Barents, Baltic and Black Seas. According to him, in Europe the Alliance has been building up its military contingents, accumulating weapons and developing military infrastructure, which is destructive and provocative. 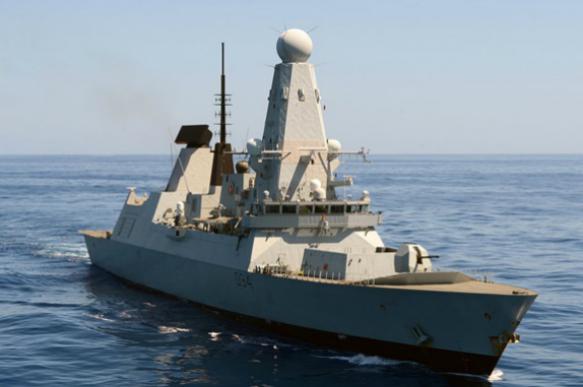