Strategic US drone spies on Donbass

The US RQ-4A Global Hawk drone has been flying over Ukraine for as long as 10 hours. It has carried out a reconnaissance flight along the line of demarcation. It was reported by the Western sites which track flights of the military aviation.
Strategic unmanned surveillance aircraft was flying from north to south along the line of demarcation between Ukraine and self-proclaimed Donetsk and Lugansk People's Republics, but did not cross it. The spy was at 15,500m height. Taking into account its ability to carry out surveillance to a depth of 300km, the spy could observe the whole territory of self-proclaimed Donetsk and Lugansk Republics as well as Russian borderlands.
Flights of the US strategic drone near the line of demarcation were registered before on 15 of October, 14 of November, 2 and 16 of December.
As Pravda.Ru reported, in March last year a US spying drone was intercepted near Crimea. It was equipped with photo, video and bugging device. According to its side number, the drone belonged to the US military. 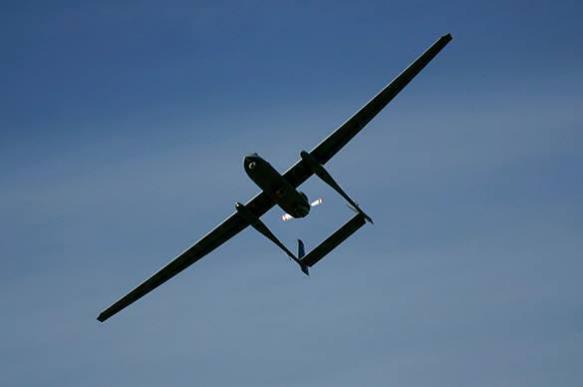