Who are you, Herr Steinmeier?

Presidential elections in Germany, which took place on Sunday, 12 February, ended up with a victory of the former Foreign Minister Frank-Walter Steinmeier. Namely he was supposed to be an ideal candidate. Steinmeier is supported by 79% of the Germans, and only 15% treat him negatively. These figures are quite telling, especially in comparison with the level of support Angela Merkel has: 55% against 44% of those who do not agree with her policy. 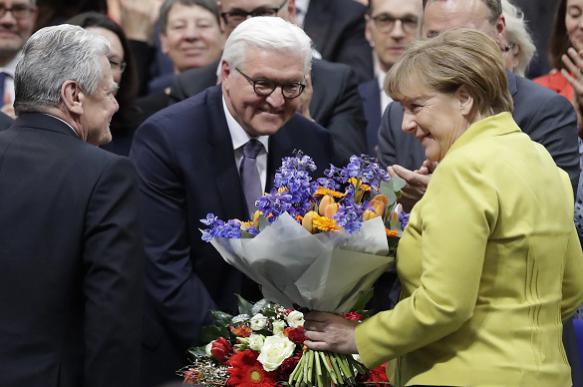 From this point of view, victory of Steinmeier at these presidential elections means victory of Merkel herself at the federal elections in Autumn 2017: the main potential adversary got out of the way to her 4th term as a chancellor.

Just after Steinmeier's appointment, reports of his being 'a great friend of Russia' have occurred. The German media used to criticize the head of Foreign Ministry for his calls to lift anti-Russian sanctions and his statements on necessary rapprochement with Russia under evident enmity towards the US and its President Trump.

The new German President is also remembered for his statements on NATO's maneuvers in Poland, which he described as 'loud sabre-rattling and warmongering'.