Yulia Tymoshenko, leader of the "Fatherland" faction in the Ukrainian parliament claimed yesterday that she would sue the Ukrainian President Petro Poroshenko, PM Volodymyr Groysman and the Parliament's Chairman Andriy Parubiy unless registration of a draft resolution on resignation of the government is restored till the end of day. 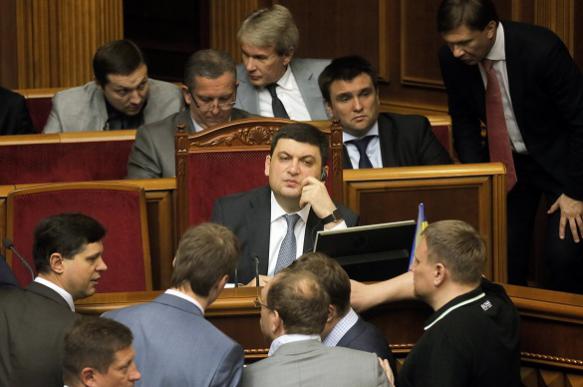 'We demand that this draft on resignation of Mr Groysman should reappear till the end of the day,' Tymoshenko said during a press-conference in Kiev. Leader of the Fatherland party noted that on 10 February a draft resolution on Groysman's resignation was registered in the Ukrainian Parliament. The document presupposed revocation of a decision which lets the Cabinet of Ministers work for a year after being elected. The politician believes that it couldn't happen without an order of the Parliament's Chairman Parubiy.

Tymoshenko also noted that she considered resignation of the PM necessary because of double drop of the GDP, hyperinflation, annihilation of small business, increase of the public utilities fee and decrease of social standards.