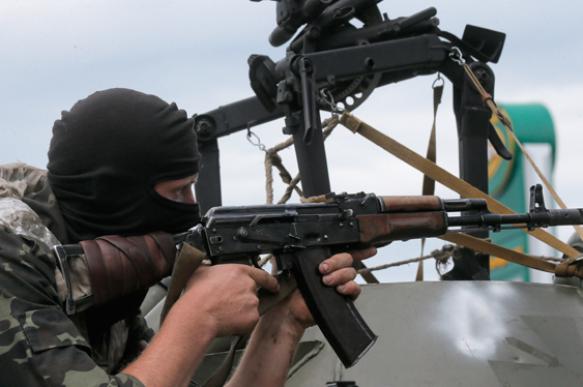 The incident happened on the coast of the Sea of Azov. Fire was opened from small-calibre guns and heavy machine guns. The Republic's militia returned fire, as it was a remarkable violation of the ceasefire regime. Two motorboats then left to the city of Mariupol.

The Ukrainian Armed Forces also restored shelling against the Donetsk filtration plant. Mortar fire was opened Sunday morning. Despite the parties' having agreed not to carry out offensive, the Ukrainian Armed Forces broke the promise. The Ukrainian marines who serve in the area of the city of Mariupol, claimed that militia might attack them, advancing across the frozen sea. Before that the Ukrainian army lost 15 people while trying to break through positions of the militia on the coast of the Sea of Azov, 25 men got injured.