The European countries have differently taken NATO's demand to increase expenditures on defence up to 2% of the GDP. Not all the states are ready to provide such military funding and under no outer challenges. The Czech Republic and Slovakia, in particularly, resist, while Latvia has already agreed even to the detriment of its own citizens.
Countries of the Western Europe believe this increase of military spending is senseless at all, as there is no military threat.
The Czech Republic wants to invest this money into healthcare and education. While the Communist party will raise the issue on exit from the Alliance in case it becomes a part of the ruling coalition after parliamentary elections in Autumn.
Slovakia is also discussing possible conduct of a referendum on expediency of the membership. The oppositional Kotleba - People's Party Our Slovakia has already gathered signatures.
The mater is also urgent for Romania and Bulgaria, countries which are not able to allocate money for social issues.
However, that does not refer to Latvia, which justifies implementation of the NATO's demand to increase funding with an imaginary 'Russian aggression'. It is ready to reach the minimum threshold of 2% as soon as in the next year to the detriment of its own economic interests. Riga has already announced that teachers would not get a pay rise. 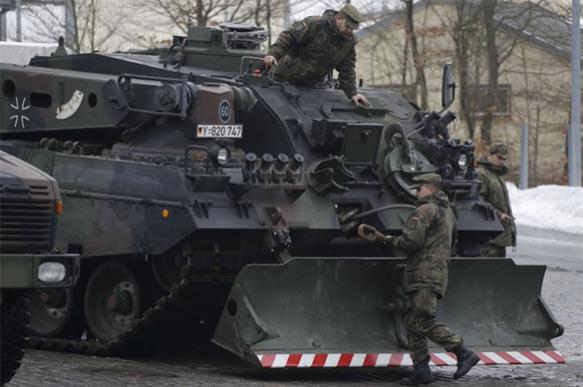