The OSCE has managed to catch Ukrainian special forces using symbols which replicate design and colours of the organization's logo. As it was stated in the report of the OSCE Special Monitoring Mission to Ukraine of 31 March, 'a white-coloured, four-door civilian sport utility vehicle driven by men in military-type uniforms, with decals on the front doors mimicking the colours and design of the OSCE SMM logo' was noticed. 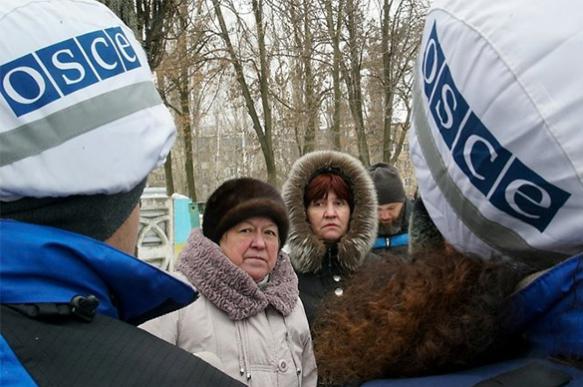 It is pointed out in the report that the car was in the city of Avdiivka which is under control of the Ukrainian Armed Forces. However, the car had no relation to the Organization.

It was also reported that the vehicle was 'moving east on Vorobiova Street in front of the building where the SMM camera is located. The SMM saw a similar vehicle in the same area on 4 March'. As Pravda.Ru reported, the OSCE observers will be in Ukraine till 2018.