Tactical and army aviation of the Russian Western Military District has been deployed in St. Petersburg and the Leningrad region. Crews will take part in a parade dedicated to the 72 Anniversary of the Soviet people's Victory in the WWII for the first time. 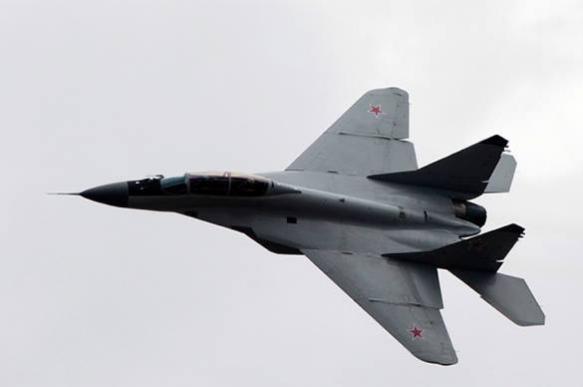 The MiG-29SMT fighter has carried out a non-stop flight to the Levashovo operational airfield.
While six Ka-52 attack helicopters and some Mi-26 transport helicopters have flown to the Pushkin airfield in the Pskov region.

Other participants of the aerial show will take off from base airfields and gather over the Gulf of Finland. Pilots will start training over the Levashovo airfield since 14 April and over the Palace Square on 4 and 7 May.
Most experienced crews of the Su-35, MiG-29, Su-27, Su-34 fighters, Ka-52, Mi-8, Mi-24, Mi-26 helicopters, An-12, An-26, Tu-134 transport airplanes will be engaged. All in all, there will be more than 40 units of aviation equipment.

Pravda.Ru thanks the Russian Ministry of Defence for provided material.