US opens slave markets in Libya

The American Conservative has published an article on baleful consequences of overthrow of a secular regime in Libya and war which followed. The US and its allies attacked the Libyan government 6 years ago for the sake of defence of civilians and 'responsibility to protect'. According to special UN agencies, now the West African migrants are openly bought and sold in modern slave markets. 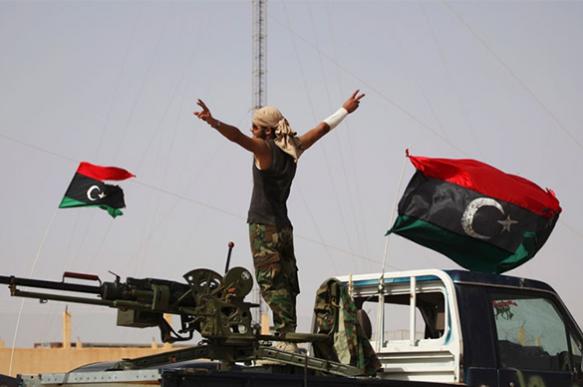 There have been reports on violence, extortion and slave labour before from people who moved to Europe. But new evidence obtained by the International Organization for Migration says that trade in human beings in Libya has become a common case, so that people are traded just in public.

Since authorities were dethroned, Libya has been governed mainly by various armed groups. And while rival governments compete for international recognition, jihadists keep reinforcing their positions. Stolen weapons from stores of the Libyan regime flooded into other countries where they are used in local conflicts. The neighbouring Mali for example was destabilized and the following crisis generated a coup d'etat against elected government.

Thus, intervention into Syria, which was justified with the most high-flown expressions on the pretext of a humanitarian defence, has brought appalling results for the Libyan people and neighbouring countries.