Gazprom to build pipeline to Japan 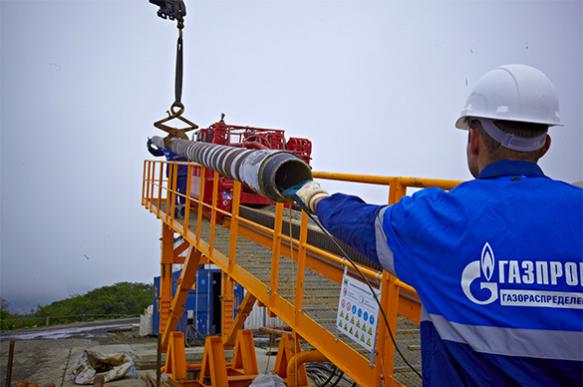 Gazprom may build a gas pipeline to Japan, if the project is economically feasible, high-ranking representative of the Russian gas giant Alexander Medvedev said noting that all contractors were committed to productive work.

Currently, Japan buys liquified natural gas from Russia's Sakhalin Island. In Sakhalin-2 project, Gazprom owns 50% plus one share, while other shares are distributed between the British-Dutch Shell and Mitsui and Mitsubishi of Japan. The Sakhalin LNG plant produces about 10 million tons of liquefied gas a year, and most of this amount - about 80% goes to Japan.

The Russian official also said that Gazprom and CNPC of China started negotiations to specify the timing to launch supplies on the Power of Siberia pipeline. President Vladimir Putin said in May that there was no dispute on the price for gas between Moscow and Beijing.