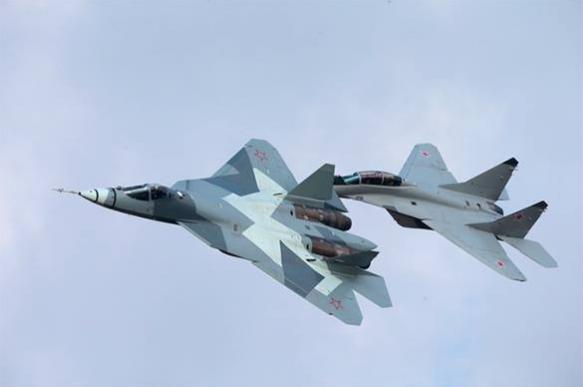 In the near future, the Russian army is expected to receive first fifth-generation fighter aircraft Su-57 (formerly known as T-50).

According to experts' estimates, the aircraft has a number of unique features in its design. The mass of composite materials makes up 25% of the weight of the empty aircraft.

The Su-57 can "see" remote targets that other aircraft can not detect. It goes about air, land, and sea targets. The radar of the Su-57 equipped with a sophisticated active phased array, provides the aircraft with a long range of detection, multi-channel tracking of targets and a possibility to use guided missile weapons to destroy them.

Russia's fifth-generation fighter can destroy the enemy in the rear hemisphere, and the aircraft does not need to turn for the purpose thanks to the reverse start mode. The ejectable seat of the Su-57 is capable of rescuing the pilot at any altitude, even from the ground. In the future, the seat will be able to activate the ejection function on its own, the pilot will not have to make a decision to save his life - his seat will do it for him.