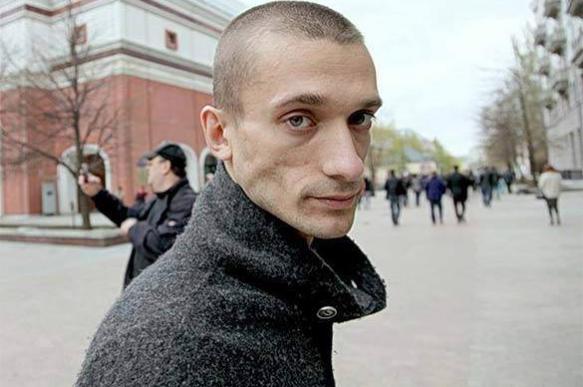 Notorious Russian performance artist Pyotr Pavlensky was detained in Paris for setting fire to the building of the Bank of France (Banque de France). Pavlensky and an unknown woman set fire to the office of the bank calling for the "Great French Revolution." According to Pavlensky, "bankers have taken the place of monarchs."

Pyotr Pavlensky emigrated from Russia after a criminal case was filed against him on counts of rape. In May, he received political asylum in France.

Pavlensky is known for his outrageous acts that he calls artistic. In some of such acts, he would stitch up his mouth, wind barbed wire around himself in front of the building of the Legislative Assembly of St. Petersburg. During his most infamous acts, Pavlensky nailed his scrotum to the stone pavement on Red Square and cut off a piece of his ear sitting on the fence of the Institute of Psychiatry (he performed the last two acts naked).