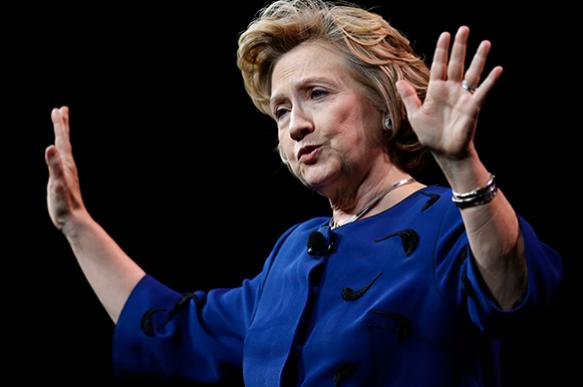 "There are many little ways to enlarge your child's world. Love of books is the best of all." So said Jaqueline Kennedy, who knew a thing or two about politics. Alas, some children never grow up.

In the United States today fewer people are reading literature. The Smithsonian reported in 2015 that 27% of American adults had not read a single book of any kind during the preceding year. Even among those who did read the median number of texts was approximately one every three months.

Though this of itself is damning enough for an informed citizenry it is even worse with political candidates, none of whom has proved herself more bafflingly illiterate than Democrat Hillary Rodham Clinton.

For while Donald Trump is often characterized (and caricatured) as the gauche arriviste in the social salon, examination of Hillary demonstrates even George W. and his pet goat were more advanced with their phonics.

Divine Comedy - While the epic poem is divided into three sections we all know which is the most appropriate for our discussion: Inferno. Giving Hillary the benefit of the doubt that she is not The Dark One incarnate, the very next level up from The Center of Hell would be the Ninth Circle.

Reserved for treachery, herein reside those who have betrayed others with whom they had special relationships; such as, oh, say a ruler and her subjects. Some of the notables are Cain (who murdered his brother), Antenor (a Trojan solider who betrayed his people to invaders), Ptolemy (who had his in-laws over for dinner to kill them) and of course Judas Iscariot (who needs no introduction).

Given her track record spanning from Webster Hubbell to Vincent Foster to straddling the populations of Syria, Iraq, Iran, Afghanistan, Yugoslavia and Ukraine it is a fair assumption Clinton is blissfully unaware of the company which might be waiting for her (possibly sooner than we think).

The Camp of the Saints - Speaking of those many countries invaded, sanctioned or devastated under her stint as Secretary of State, candidate Clinton remains all too eager for the most inassimilable of them to move to America posthaste. Her zeal for importing the various warring factions of the world is so great one might almost believe it lies at the heart of her intent. As such she appears never to have read the most important book of the latter quarter of the Twentieth Century.

Good literature should be either poignant or prescient while great literature must be both. Such is the case with the magnificent horror conveyed by Jean Raspail. His novel recounts from a multitude of perspectives the terror and destruction which befalls Western Civilization when it becomes too besotted with its propaganda to the detriment of its principles; not least among the sufferers those foolish enough to aid and abet the dispossession of their own peoples.

It is a book everyone ought to read, yet which one is hesitant to recommend. The implications and their steady progression occurring even at this very moment are almost too chilling to contemplate. The author himself stated in the weeks it took him to write he was aged ten years. Still the pinnacle of modern social commentary is necessary to understanding the failed human nature behind the unfolding human catastrophe. While she has apparently never read the book Clinton makes a cameo. Hillary the politician was drafted on paper by Raspail long before she was ever drafted by her party to represent it.

Advise and Consent - A staple for anyone entering or seeking to understand American politics, this novel details the inner-workings of the Senate as it debates a controversial Presidential appointment who may or may not have Communist leanings (a Cardinal Sin in the 1950s). Through a series of stratagems supporters and opponents use increasingly devious mechanisms to convince, cajole, bribe and threaten one another to meet the minimum requirement for approval of the potential bureaucrat.

While the ultimate resolution is of interest, it is the intrigues and strategies so rarely witnessed by the general public which are of value to the thoughtful reader. An essential aspect of the novel's plot being not only that politicians will use the most obscene tactics to achieve their ends but also that the results of such abuses are often unforeseen even by those wielding the weapons.

This is not to say blackmail and worse are always inexcusable but they must never become expedients. There are untold temptations in office but the most severe tools usually yield the most unpredictable outcomes. The loathsomeness of ruthlessly crushing insignificant opponents is something neither Clinton appears to have ever learned. It is not only a messy enterprise; it makes a myriad of enemies.

Recently that stalwart of Democratic support, the African-American vote, which typically self-reports as 3% Republican polled at nearly 20% for Trump. When your lifelong friends desert you it's not because they don't believe in your message, it's because they are afraid of what you'll do even if you win.

All the King's Men - Herein lies perhaps the turning point of the Clinton Campaign. Hillary's speech in which she denounced (first to Israelis and only second to Americans) that half the supporters of Donald Trump were "deplorables" was an epic failure of mythic proportions.

However it was foretold in All the King's Men wherein small-town politico Willie Stark is an honest but ineffectual officeholder who rises to the top position in his state. One of more apt quotations from the novel for Hillary might have been, "If something takes too long, something happens to you. You become all and only the thing you want and nothing else, for you have paid too much for it, too much in wanting and too much in waiting and too much in getting." Thus begins the downfall of many a politician.

Its timeline condensed in the film version (adaptation assisted by author Robert Penn Warren), a decent Stark seeks lowly office before he is triangulated by powerful party bosses to run as a Gubernatorial populist dupe intended to siphon protest votes during re-election of the current Governor. Eventually learning of the scheme, and that his manipulators consider him ignorant due to his declassee origins, Stark does the unimaginable and embraces his title as a "dumb hick" or "red-neck."

Willie later ascends to the capitol although, this being no Horatio Alger story, is corrupted by power. Yet one fulcrum of the tale is there are many more "hicks" in this life than there are heroes. The poor, the uneducated, the desperate, the simply unfortunate are legion and have no less right to liberty or the pursuit of whatever happiness they can find than anyone else. Ridiculing them or their lot in this world is perhaps the surest way to lose an election and in more than a few instances in history to start a revolution. Most people can live with most things...unless you tell them they aren't people at all.

How on earth Hillary, her speechwriters, her aides, or even her teleprompter operator were universally unaware of this basic truth is dumbfounding. All the more so given All the King's Men is hardly an obscure book and by a Southern writer no less! Astoundingly, none in the Clinton camp seems to have read it or perhaps even heard of it. Thus the most foreseeable error in an entire election cycle has become in all likelihood the most damning to a single candidacy in a generation.

The last vignette should be given to political pundit Gore Vidal who wrote in his award-winning stage play The Best Man a scene which is more apropos of anything about the Clinton character than most modern-day observers either for or against her have heretofore realized.

During a fictional (likely Democratic) Convention in 1960 there is a feverishly contested nomination between several candidates. Of these the leading contender is a pompous demagogue filled with righteous certainty that only the most extreme policies can save the nation.

However, to finally secure the ticket support is needed from an ailing ex-President who is still leader of the party. To ensure this approval our maniacal contestant engages in some extremely underhanded behavior quite beyond the pale, which ultimately costs the endorsement from the party Kingmaker.

During his denunciation that ex-President sadly shakes his head at the candidate and says, "Y'know, it's not that I object to your being a bastard, don't get me wrong there. It's your being such a stupid bastard that I object to."

A scene worthy of the political ages...but then Hillary would know that, and long-ago learned its primary lesson, had she been more intellectually curious or proven herself demonstrably even semi-literate.