Plots against Turkey doomed to failure 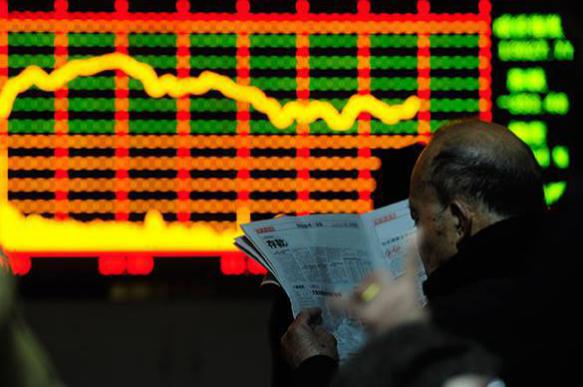 Last Friday Moody's rating agency downgraded Turkey's credit rating from BAA3 to BAA1. The decision came as a surprise since the very same credit rating agency stated last Wednesday that no decision will be made vis a vis Turkey for a one month period indicating that negative effects of the failed coup attempt have disappeared to a great extent. What happened and why did this institution make a U-turn?

I have been mentioning about the plans of the British deep state against Turkey during my broadcasts for a long time. They are in the pursuit of fragmenting Turkey just like Syria and Iraq.  A powerful Turkey, Iran and Russia, in the Middle East does not befit their evil plans and therefore they use every means to try to weaken these countries. They made several attempts in the last few years but thanks be to God, they all failed by the determination of the people. Now, they are seeking to dismay Turkey by announcing to the world that the  country if too risky for foreign investment. These are  typical tactics that  deep states apply often. This is no different than an economic sanction. When political means cannot achieve their goals for their benefit, they resort to financial and economic sanctions. . We can see similar practices applied to Iran and Russia many times in recent history when the policies of these countries were incompatible with theirs. They sought to isolate them just like they aspire to isolate Turkey now.

During the financial crisis of 2008, it was these same credit rating agencies that were at the heart of the scandals.  Ironically these credit agencies lost their credibility largely due to fabricated and false ratings to manipulate investors.  Consequently, they paid huge sums in fines and penalties. With this information in mind, many Turkish politicians and analysts criticized the latest downgrade of Turkey. The decision to downgrade Turkey , interestingly occurred  immediately after President Erdogan's interview with Bloomberg regarding Turkey's economy. During this interview, President Erdogan stated the following in terms of the actions of the credit rating institutions in a way that wasn't pleasing to those agencies,  "They're praising economies that have collapsed, that are finished, on the other hand, they're either freezing or going towards cutting a country that's standing on its feet, that's upright, and where investments are continuing," and concluded, "This is not a respectable stance. I'm inviting them to be honest".

This news came amidst several important structural reforms in the Turkish economy such as the new laws for credit card debt structuring. Deputy Prime Minister Nurettin Canikli stated that this degrading would be meaningful only if the country was having a crisis with Russia and stated Moody's had overlooked the recent important reforms the government has taken to foster economic growth. "Despite all of the global and regional risks, the Turkish economy's pace of growth is among the top five economies," he added in a statement. A similar announcement came from the other Deputy Prime Minister Simsek who is responsible for economy saying, "Expediting the structural economic reforms and protecting the fiscal discipline will be our best answer to the credit agencies. We will keep reforms without stopping". Additionally, he accounted for the resilience of Turkey's economy with these words, "The fundamentals of Turkey are solid. Our economy grew 5.2 percent in the post-global financial crisis era regardless of lots of domestic and international shocks."

Turkey is powerful enough not to fall prey to the games of the British deep state.  They are trying to dismantle Turkey, however our nation will show resiliency similar to the July 15th coup attempt. The Turkish nation should never care about such disreputable institutions and will realize  how powerless they are. Besides, even the alliance with Iran and Russia will be sufficient for us.   Turkey should act like one body with Iran and Russia and form a very strong alliance to spoil the games of those who are endeavoring to manipulate Turkey's politics in accordance with their own self-interests.

The nexus of these three countries will be vital not only for their own security but for the solution of the Syrian crisis that has been ongoing in the same region. As an outcome of the intense joint meetings, they have decided to keep the unitary structure of Syria. These three countries have the power to make peace in Syria. Obviously, it won't be easy but it is good to see leaders acting swiftly, taking bold steps to start a peace process which will then be followed  with a reconstruction phase for a country that is currently in complete ruins. Finally, the countries involved in Syrian civil war have agreed that the solution will include and be with the Syrian regime. In conjunction with this peace plan, I have expressed many times in my interviews and even conveyed messages to the regime through mediators.

Turkey can host to initiate the start of talks with Syria along with Russia and Iran. The first thing Turkey should do is to regulate the heavy visa procedures applied to Syrians. For example, the government could do some exceptions for well-known Syrian politicians and those intellectuals or academicians who can play effective role in these peace talks. Consequently, a transitional technocrat government can be established in Syria.  This should be a liberal government which embraces all the sects of Islam be it Alawite, Shia or Sunni Muslim and one which does not oppress anyone or any ideas. New Syria should be devoid of any guns or bombs and their future should be left to the hands of the Syrian people themselves. Such a solidarity and strong alliance of these three countries would always protect the interest of the regional countries, and thwart any plans to destabilize the region.  Any attempts by the likes of credit rating agencies or economic sanctions imposed unilaterally by some maliciously intended groups could easily be dealt with.