Warm war, revolution and breakdown: How the West wants to destroy Russia

The United States threatens to destroy entire countries that disagree and refuse to obey the US in some ways, but the West, for some reason, calls Russia a threat to the world. Pravda.Ru conducted an interview with Alexey Fenenko, a political scientist, Americanist, MGIMO Associate Professor, to find out the reasons behind the paradox. 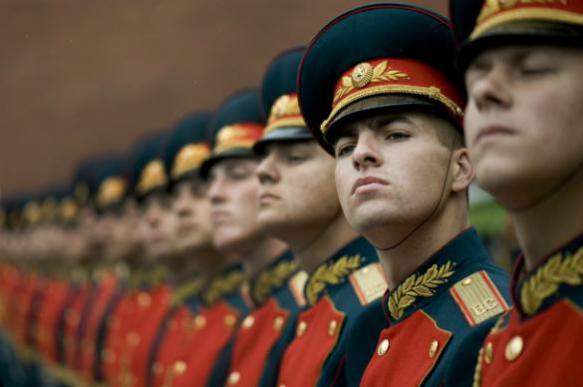 "As we can see, Russia has become the main obstacle for the US and its allies to establishing their supremacy around the world. The Americans may say it for a thousand times that Russia is not their prime adversary, but everyone knows that this is not true to fact. First off, it is only Russia that has a nuclear potential comparable to that of the United States, and it is only Russia that is technically capable of destroying the USA. China is not ready yet."

"Russia also has influence, does she not?"

"True, and Russia also has a powerful defence industry that can produce competitive weapons. Neither China nor India have such capabilities. They dream about it, but they still purchase arms and technologies from Russia. To crown it all, Russia has the right of veto in the UN Security Council. Russia clearly states that she does not accept the American supremacy. Therefore, without getting rid of Russia, the Americans will not be able to move further to establish their dominant role all over the world."

"How can they get rid of Russia - the world's largest country and a nuclear power?"

"It's very simple, and they have several scenarios for this. The first is the scenario is the so-called warm war, in which the USA will try to inflict a limited military blow on Russia. Let's remember Syria. Last year, US officials openly stated that they would strike Russian facilities in Syria and see what the Russians would do in return. US officials believed that Russia would not respond with a nuclear strike, so in this case the Americans would have every reason to say that the Russian government has been defeated. The Americans based this plan on the Russian-Japanese war of 1904-1905, which was conducted in Manchuria and Korea, without affecting territories of Russia and Japan as such. Why not strike such a blow on Russia again and throw Russia in the midst of a deep internal crisis? As we remember from history books, there was the 1905 revolution and then the support for separatism of Russian regions.

"The Americans have a wonderful tool for this - the idea of the European future for Russia. What does the European choice mean for Russia? This is an opportunity for Russian regions, primarily territorial national republics, to have a direct dialogue with the European Union. This may serve as a basis to turn Russia into a confederation and shatter its statehood."

"But Russia has the Constitution."

"The Soviet Union also had its Constitution. One must not forget that everything changes. It is wrong to think that the world that we have today will last forever."

"Boris Yeltsin said during the 1990s, that regions of Russia could take as much sovereignty as they wanted."

"This is the next step - to bring such a politician to power in Russia again. In fact, it was the fault of Gorbachev, rather than Yeltsin. He started the trend when republics could participate in the discussion of the Union Treaty and so on. Let us not blame Yeltsin for everything. The main culprit of all this is Mikhail Sergeevich Gorbachev and his administration. Maybe they believed in it sincerely, I do not know. Nevertheless, why not bring such a policy-maker to power in Russia again - a politician, who would say, for example, that Russia should reduce its nuclear potential disproportionately. A war is not needed for this. They can try to loosen and shatter the state system that Putin has built. We must be ready for this and take countermeasures. As for Russia's permanent membership in the UN Security Council, it's not that simple either. Look at the game that is being played around the topic of Stalinism.

"Who wants to know what Stalin did in the middle of the last century? The answer is obvious: as soon as we admit that the Soviet Union was responsible for the outbreak of World War II, the question will be raised immediately about Russia's permanent membership at the UN Security Council."

"But the US has recently prepared a new strategy of dialogue with Russia. The document speaks about containment, prevention of conflicts and the need to search for areas of cooperation."

"They write the same thing from one document to another. Was there ever a document in the last 25 years that would speak about the unwillingness to conduct a dialogue with Russia? The official point of view has nothing to do with reality. What does containment mean? They want to keep Russia in a box. As for the prevention of conflict: do not make any revision of the rules of the game, which we established after the Cold War. Do you know when they first wrote about it? They did it in the 1995 national military strategy, when Yeltsin was in power, and Kozyrev served as the Minister of Foreign Affairs."

"Kozyrev was the one who said that Russia did not have either its own national strategy or its own interests."

"He did, and the Americans said in 1995 that Kozyrev was a Russian nationalist. They were not happy with him, he was too independent for them. For the Americans, Russia's best politician would be the one who would completely liquidate the entire Russian potential. They want Russia to collapse like Germany and Japan did after WWII - this is their ultimate goal."