Riots spark in Ukraine again, but people will not die for idiots this time

Is there another Maidan brewing in Ukraine now with the help of former Governor of the Odessa region and exiled President of Georgia Mikhail Saakashvili? On the one hand, there is a crowd of protesters, there are tents and field kitchens, people demand a change of power again. On the other hand, the number of protesters is too small in comparison with the riots that Kiev saw in the winter of 2013-2014. Today, there are no burning tyres, no Molotov cocktails, and no (thank God) victims. Only three protesters and one police officer were hurt. 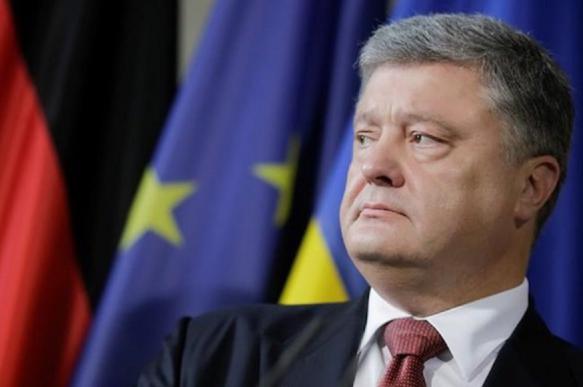 Mikhail Saakashvili came to Kiev's central square to speak, but he could speak for only 10-15 minutes. Some people in the crowd started shouting: "Saakashvili is our president!" They were obviously paid for that. In his emotional speech, the ex-President of Georgia urged sitting Ukrainian President Petro Poroshenko to step down.

When concluding his speech, Saakashvili, against whom there are a few criminal cases pending in his home country Georgia, promised to struggle against corruption in Ukraine. "They will not be able to buy us! I've been to two revolutions here, I know what it looks like." In other words, Mr. Saakashvili confessed that he, when serving as President of Georgia, had taken part in anti-government actions in Ukraine.

"They use people and then they scam them. They use people's blood and make billions out of it. We will not let Poroshenko do it again, because we are stronger and wiser. The people of Ukraine will defeat thieves, corruption, their lies and the external enemy that stands on our borders and inside our borders," Saakashvili said.

It remains unclear, though, what "our borders" Mr. Saakashvili had in mind: he is a man of no citizenship, he is not a Ukrainian either. Strangely enough, no one has reminded him of his past "victory" over the external enemy, after which he had eaten his tie. If Saakashvili had promised to end the war, stop the inflation rate, raise tariffs and unemployment, people could have believed him. For the time being, though, he is acting in a cheap play for a low profile theatre.

Petro Poroshenko said that he respected the protesters, but he urged them to act within the framework of the law: "I respect the protests and their participants, but it is important law-enforcement bodies should ensure the actions go peacefully. We must not allow irresponsible politicians repeat the tragic events that took place on August 31," Poroshenko said, saying no word about the "revolution of dignity" that took the Chocolate King straight to the office of Ukraine's President.

Political scientist Mikhail Pavlov believes that one does not need to indulge in vain hopes about the current protests in Kiev. "There were clashes between two very different Ukraines in 2004 and 2014. There was a very clear division into "we" and "them." Those conflicts led to what happened to the Donbass and the Crimea. Today, the story is different. These are the protests inside one of those Ukraines.

"The current protests may well result in the change of power. This is a struggle for power, in which the crowd despises the leaders of the protests as much as they despise the government. Today's protesters will not die for idiots. Most likely, Ukraine will have to deal with a coalition crisis and  the stagnation of Poroshenko's power and management vertical," the expert added.

Economist Alexander Okhrimenko analysed the material component of the current protests in Kiev. "The Orange Revolution and the Euro-Maidan started during the good years, when people's incomes were growing, when people could make good money and even save some. If we look at Ukrainian salaries, 2004 and 2013 were best years at this point, but those were the years when the revolutions occurred.

Now it is difficult to make thousands of Ukrainians take to the streets for another Maidan, the expert believes, because Ukraine is going through hungry years now. Many Ukrainians live from one salary to another, they scrape and save, the level of consumption decreases, many entrepreneurs have to close their businesses. Many leave Ukraine, because there are no jobs for them in the country.

"People curse the authorities, they are unhappy with tariffs, prices, salaries, but they do not run to Maidan. The organisers of the new Maidan are greedy, they can not pay the crowd much for the mess. The revolutionary impulse is weak, and we may wait for the good years to come for another Maidan to occur in Ukraine," the economist said.

The big question is whether Ukraine can do without Maidans at all.