Initial results of the work of the Robert Mueller commission to investigate the "collusion" of Putin and Trump to ensure the victory of the latter in the US presidential election showed that Russiagate was falling apart, smoothly evolving into Ukrainegate. Paul Manafort may face life in prison, but it makes no difference to Trump. 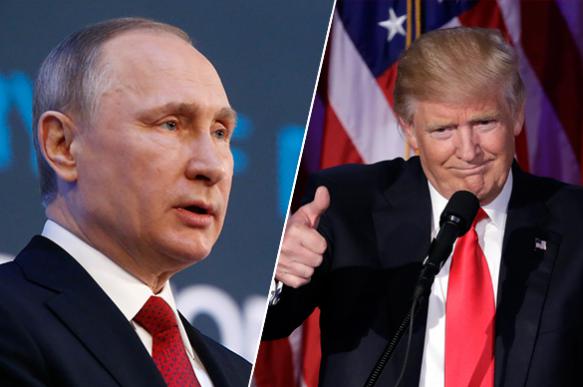 Former director of the US National Intelligence, James Clapper, stated that the efforts to discredit Hillary Clinton by hacking into her email produced the results that surpassed all expectations. According to Clapper, the charges announced by Robert Mueller's special commission cast a shadow not only on Trump, but on the very institution of presidency, the US administration, the government and the country on the whole.

However, a closer look at the charges indicates that they target Ukraine, rather than Russia. According to The New York Times,  Manafort and Gates served as unregistered agents to carry out political consultations and lobbying activities in Ukraine, at least from 2006 to 2015. The two officials worked in various fields with Yanukovych, the former president of Ukraine, a pro-Russian politician.

As a result of that work, Manafort and Gates made tens of millions of dollars, which they tried to conceal from the US tax authorities and the public in a number of foreign companies and bank accounts, the indictment says. The NYT specifies that it goes about more than $75 million on offshore accounts and $18 million that Manafort laundered for real estate, luxury goods and various services in the United States.

What does Moscow have to do with it?

The New York Times further claims that the documents from the Mueller commission lack any charges against Manafort and Gates about the actions they had taken in cooperation with Russia. "Conspicuously absent from the charging documents against Mr. Manafort and Mr. Gates: any mention of campaign-related interaction between the two men and Russia or between the Trump campaign and Russia," the article says.

US intelligence agencies, the newspaper wrote, concluded that Russia was working to help Trump during the election, whereas a part of Robert Mueller's task is to find out whether the campaign  between them was coordinated. The intrigue is about Trump's ex-adviser George Papadopoulos, who lied to the FBI about contacting a professor who had ties with Kremlin officials.

Papadopoulos has been cooperating with federal authorities for a while already, and it is strange that his cooperation has not yielded any results yet.

Manafort: a mercenary of the US government

Who is Paul Manafort? In 1980, he founded Black, Manafort, Stone & Kelly, a consulting firm, and started working for Republicans Gerald Ford and Ronald Reagan in supporting Jonas Savimbi in Angola, the Daily Beast wrote. Savimbi was the leader of UNITA, who contained the Soviet-Cuban cooperation.

It was also said that Manafort's company was one of the top five lobbying firms that was receiving  money from political regimes in Central and South Americas and Africa that were "violating human rights" (the Torturer's Lobby report). In exchange, the lobbyists guaranteed that they would not be subjected to the pressure of the American "democracy."

On the money of Pakistani intelligence, Manafort conducted a campaign in the United States about the suffering of Kashmir residents under India's occupation. In 1995, he lobbied for the interests of French presidential candidate Edouard Balladur and was paid from arms contracts concluded by Balladur's government.

In a nutshell, Paul Manafort is a professional lobbyist, a scammer of international scale, who concludes beneficial deals for the US foreign policy using illegal means and violating US tax laws.

It was with Manafort's help, when Yanukovych ensured loyalty to himself at the US State Department by nurturing Nazis and looking up to the West for Russian money. Manafort could not work with Russia through Yanukovych as he was facing opposite objectives.

It is obvious that the Mueller team works for a certain order where one needs to manipulate information accordingly. Even if Manafort is guilty of something, he committed those offences long before he started working for the sitting US President. Clearly, Manafort can be jailed, but he does not know anything that may harm Donald Trump. The impeachment of Donald Trump will thus be postponed indefinitely.