How can Americans and Russians understand each other?

The Pentagon and NATO started a media hype about Russia's growing naval activity in North Atlantic and Mediterranean regions and announced the re-establishment of the Second Fleet.

It appears that the Americans will stop provoking Russia when the worst comes to the worst.

The US Second Fleet was established in 1947 to control the North Atlantic region. It was disbanded in 2011 under the pretext of the "reset" of relations with Russia. However, the Second Fleet will be born again on August 24. According to Admiral John Richardson, commander of US Naval Operations, the command of the US Second Fleet will be headquartered together with the NATO Joint Command in Norfolk so that allies could react properly to the growing threat from Russia.

An article by Lucas Tomlinson published on Fox News gives a few details about the "growing Russian threat.

First, the author points out the increasing activity of Russian submarines. Russian submarines have increased their presence in the North Atlantic to the maximum level in 25 years. Two months before the Helsinki summit, Tomlinson wrote, Russia's state-of-the-art submarine launched four ballistic missiles with a range of 6,000 miles from the White Sea. Those missiles, he added, were capable of  reaching the territory of the United States.

The author of the article was also concerned about the passing of Russian warships through the English Channel to the Atlantic on August 7. He also pointed to the radioelectronic suppression of NATO ships in international waters.

First and foremost, the scale of the Russian "buildup" pales in comparison with the scale of US and NATO naval drills in the Black Sea in the vicinity of the Russian territory. Most recently, the exercises took place with the participation of Ukraine and 19 other countries. The drills - Sea Breeze 2018 - involved 29 vessels, one submarine, 25 aircraft and about 3,000 troops. Needless to say, what conditional enemy those drills had. 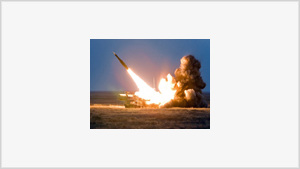 Secondly, the US administration started acting very aggressively after the Trump-Putin summit in Helsinki. Thirdly, the USA continues to zombify the general public with tales of Russian aggression that needs to be contained at the expense of American taxpayers.

Andrei Manoylo, a member of the Scientific Council under the Security Council of the Russian Federation, told Pravda.Ru that Russia does not threaten anyone either militarily or diplomatically. As for the concerns that the Pentagon periodically expresses about the growing Russian military presence in different parts of the world, "this is an objective consequence of the reforms in the Russian army and the growing military power of the Russian Federation," the expert believes.

Obviously, US and British military officials want to obtain more funding for their war projects. "Russia's military activity does not come as a direct response to their sanctions. But we are trying to make it clear to US partners that it is not very reasonable, to say the least, to try to corner a country that has a powerful army, navy and nuclear arms. For some reason, though, the Americans pay no attention to those signals. We may show them as many missiles as we want, but they will react only when one of those missiles falls somewhere near the Pentagon. This is the language that the Americans understand very well," Andrei Manoylo told Pravda.Ru.