Doug Bandow, a former special assistant to President Ronald Reagan, believes that cooperating with Russia is beneficial to the interests of the United States to contain China. 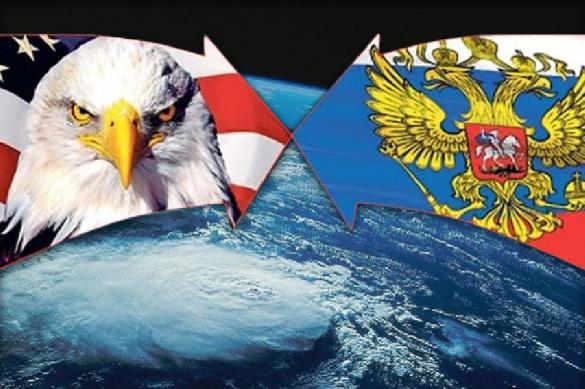 Bandow, a senior fellow at the Cato Institute specialising in foreign policy and civil liberties, wrote in a recent article for The National Interest that Donald Trump conducts a "schizophrenic" policy toward Moscow. The author substantiates his point of view by saying that the Trump administration imposed another portion of sanctions on Russia soon after the Putin-Trump summit in Helsinki.

In his opinion, "Putin is no friend of liberty or America, but his country poses little threat to either the United States or Europe," and "Moscow's actions against Ukraine forestalled the North Atlantic Treaty Organisation's eastward advance rather than presaged Russian aggression westward".

Washington's hostility, Bandow continues, brought the Russian Federation and the People's Republic of China closer to each other, even though Russia could instead promote Washington's interests on a vast territory from the Middle East to Asia, which would greatly help America contain China.

To attract Moscow to America's side, the author suggests suspending NATO's eastward expansion through the accession of Georgia and Ukraine. In his view, Russia would then stop supporting separatists in the Donbass, taking into consideration the fact that the Donbass is quite a costly article on Russia's budget. However, Bandow does not understand that Russia does not believe any promises, especially if they come from the Americans. Moreover, the Donbass can maintain itself pretty well.

The USA could also de facto recognise the Crimea as a Russian territory. The Crimea is historically a Russian territory, which Nikita Khrushchev had gifted to Ukraine, the political scientist recalls. "The territory will not be returned, whether by Putin or a successor, absent Russia's defeat in war," the author wrote.

In 2012, Zbigniew Brzezinski, national security adviser to Jimmy Carter, wrote in his book "Strategic Vision" that the time of the all-powerful player for America had passed, and the United States could no longer dominate over Russia, China, India, Brazil, Iran, or Pakistan. In early October 2015, in an article for The Financial Times, Brzezinski called on the West to make efforts and involve Russia in negotiations on the future of the Middle East.

Another Sovietologist, former US Secretary of State Henry Kissinger, sticks to the same opinion.  Kissinger, who developed and implemented the strategy to deter the Soviet Union through an alliance with the PRC, recommended Donald Trump in 2016 to cooperate with Russia "in opposition to the Chinese "threat."

Washington can not wage a war on two fronts either financially or morally, but the Americans still try to do it. A normal dialogue in the US-Russian relations can begin only after the White House and Congress understand that Russia is one of the world's poles of power with its rights and interests, rather than a geopolitical supporter for "deterring China."

Interestingly, former advisors to US presidents start saying reasonable things after they retire, thereby suggesting that it is not presidents who rule America.